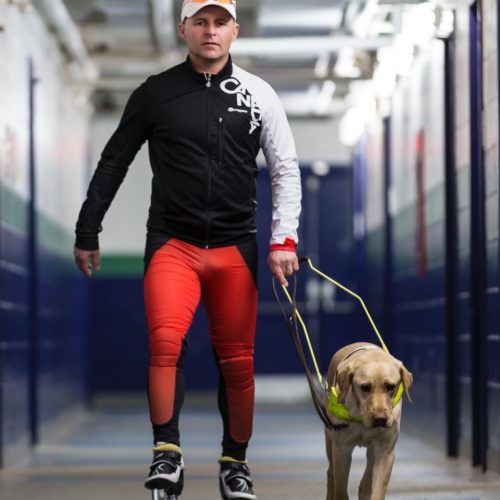 Living with Usher Syndrome type 2 hasn’t stopped Kevin from winning an incredible 16 gold medals and setting nine World Records in Blind Speed Skating. Kevin has won a total of 80 medals against able-bodied skaters. His sporting career has also seen him have huge successes in tandem cycling and blind golfing!

In 2009, Kevin skated 100km on the Ottawa canal to help raise $5,000 for the Rotary Home. He has given over 325 motivational talks around the world and during his spare time, he volunteers for missions in third world countries. He has helped 29 deaf children to hear again, as well as helped to provide visual aids for many children. In 2010, he won the Community Builder Award for United Way. In 2015,  he was honoured in the House of Commons for being a role model for the a deaf-blind Canadians.

Kevin says: “Life is always a challenge no matter what but you just have to pick up the pieces and keep going. I only have three senses left but I make the best of everything everyday.”