Deafblind UK has worked with Global Street Art, Perspicere and The Stage to develop a multi-sensory mural on Great Eastern Street in Shoreditch.

The mural, which will be live until 7th June, is entitled ‘What would you miss?’ and represents three scenes that people who are deafblind have said they miss the most; the sound of waves on a beach, the colours of a sunrise and the sights and sounds of a woodland walk.

Steve Conway, CEO of Deafblind UK, said: “We are touched to have been invited to take part in this project. Deafblindness affects so many people but is often overlooked or under recognised. This mural is rare in that those with sensory impairments can enjoy it as much as those with sight and hearing – something there is not enough of in today’s world. It also gives a powerful message to those who don’t know about or haven’t considered the effects of sight and hearing loss.”

Each scene has been expertly represented using tactile materials to ensure it is accessible to a deafblind audience. The waves are represented with strings across the panel in a specific pattern. The sunrise uses strings to showcase how lights goes in every direction and the woodland walk includes strings to simulate trees and branches of a forest.

Deafblind UK supports people with combined sight and hearing loss, enabling them to have the life they want. It is estimated that nearly 400,000 people in the UK are deafblind, and that figure is increasing as our population ages.

Perspicere, a UK artist specialising in using string to create his artwork, creates shapes and patterns by stretching strings across a surface – well-matched for those affected by deafblindness.

Global Street Art CEO and Co-founder Lee Bofkin said: “Working with Deafblind UK has been a brilliant experience for us and has really pushed our concept of what a mural is and who it is for. We’re really happy to have been able to include a much broader audience in who can appreciate this mural. We’re proud to support the great work Deafblind does.”

The mural will be live for four weeks and can be found at Great Eastern Street. Curated by innovative Shoreditch-based organisation Global Street Art Agency in partnership with the developers The Stage, a £750m mixed-use development on the site of Shakespeare’s Curtain Theatre, the mural is part of a programme on the Great Eastern Art Wall retained by The Stage as a space for local and international artists to collaborate with worthwhile charities.

The mural marks the start of Deafblind UK’s campaign ‘What would you miss?’ where we will be encouraging others to think about the implications of sight and hearing loss and how it would affect them. Post what you would miss on Facebook or Twitter using the hashtag #WhatWouldYouMiss and encourage others to do the same.

Deafblind UK has partnered with deafblind artist, Ava Jolliffe to create a collection of digital artwork which is being sold…

Become “In the know” this Deafblind Awareness Week 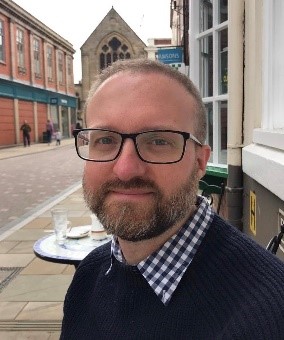 We are delighted to welcome Dr Peter Simcock, Senior Lecturer in Social Work at Birmingham City University, as a deafblind…