Researchers at The University of Borås in Sweden are developing a new range of clothing that will allow deafblind people to experience haptic signals through the clothes that they wear.

This would allow the wearer to be able to tell if someone is looking at them or where the ball they dropped is in the room.

Working to digitise touch and movement and integrate it into a garment, the EU project is called “SUITCEYES” and will use smart fabrics to provide deafblind people with new communication opportunities. The project name stands for Smart, User-friendly, Interactive, Tactual, Cognition-Enhancer that Yields Extended Sensosphere.

The technology behind the clothing uses a camera and computer to see what is going on in a room, sending information to a knowledge database, which is then translated in haptic signals which the wearer will feel.

“Historically, textiles have always been something closely tied to humans. Now we are taking the next step and making textiles be a tool for communication; it’s something new. And when it comes to the technology, we have come a long way in the project,” says Nils-Krister Persson, Associate Professor in Smart Textiles at the University of Borås.

The project has now progressed to a fourth generation black vest with checkered back in which each box can emit vibrations.  There are plans to produce a larger number of these prototypes so they can be scientifically tested. At the end of the research, it is planned that the prototype will be developed into a commercial product.

A symposium presenting the researchers advances so far will take place in August this year in Sweden.

Photos used with kind permission from the University of Borås. 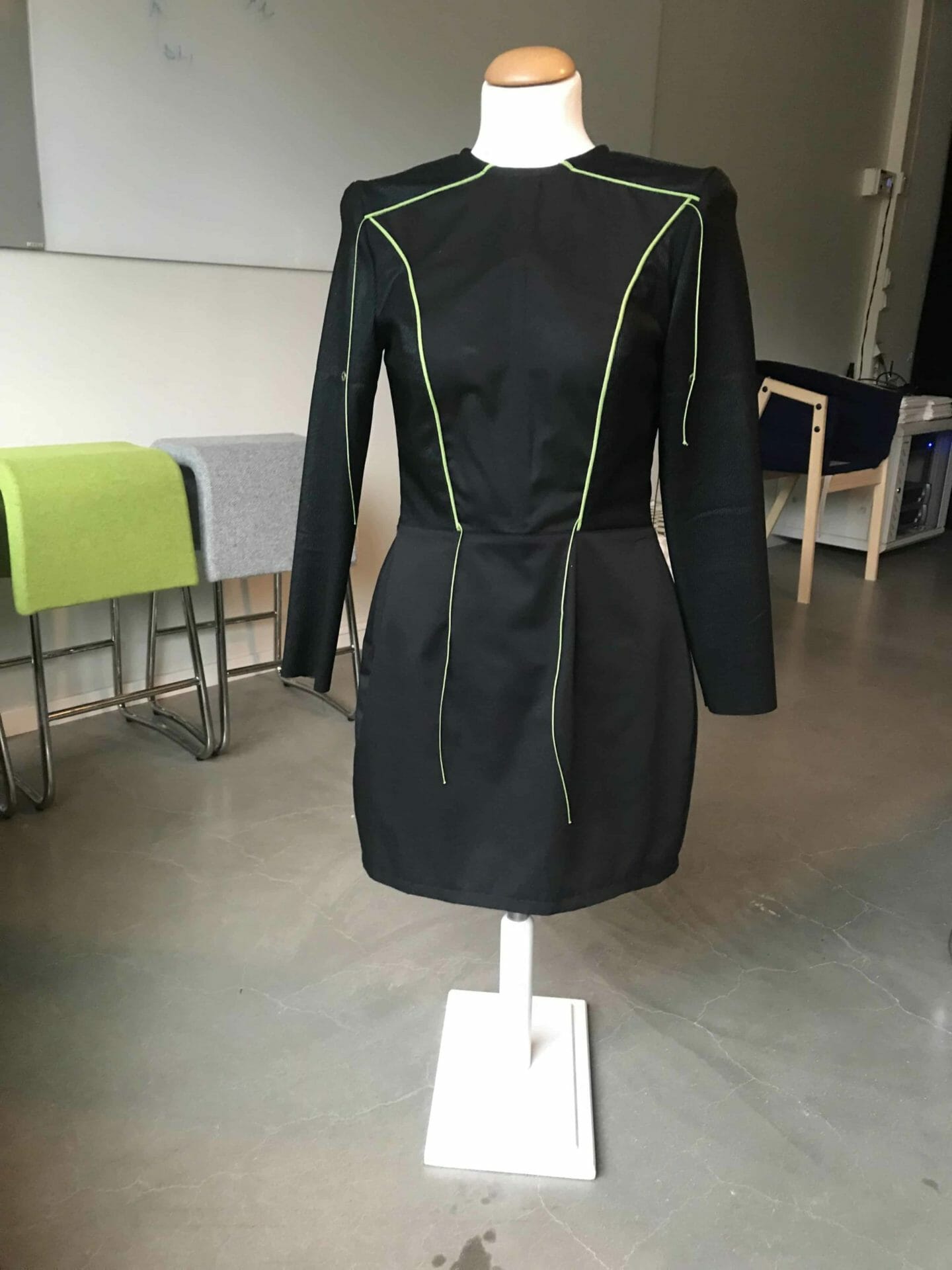 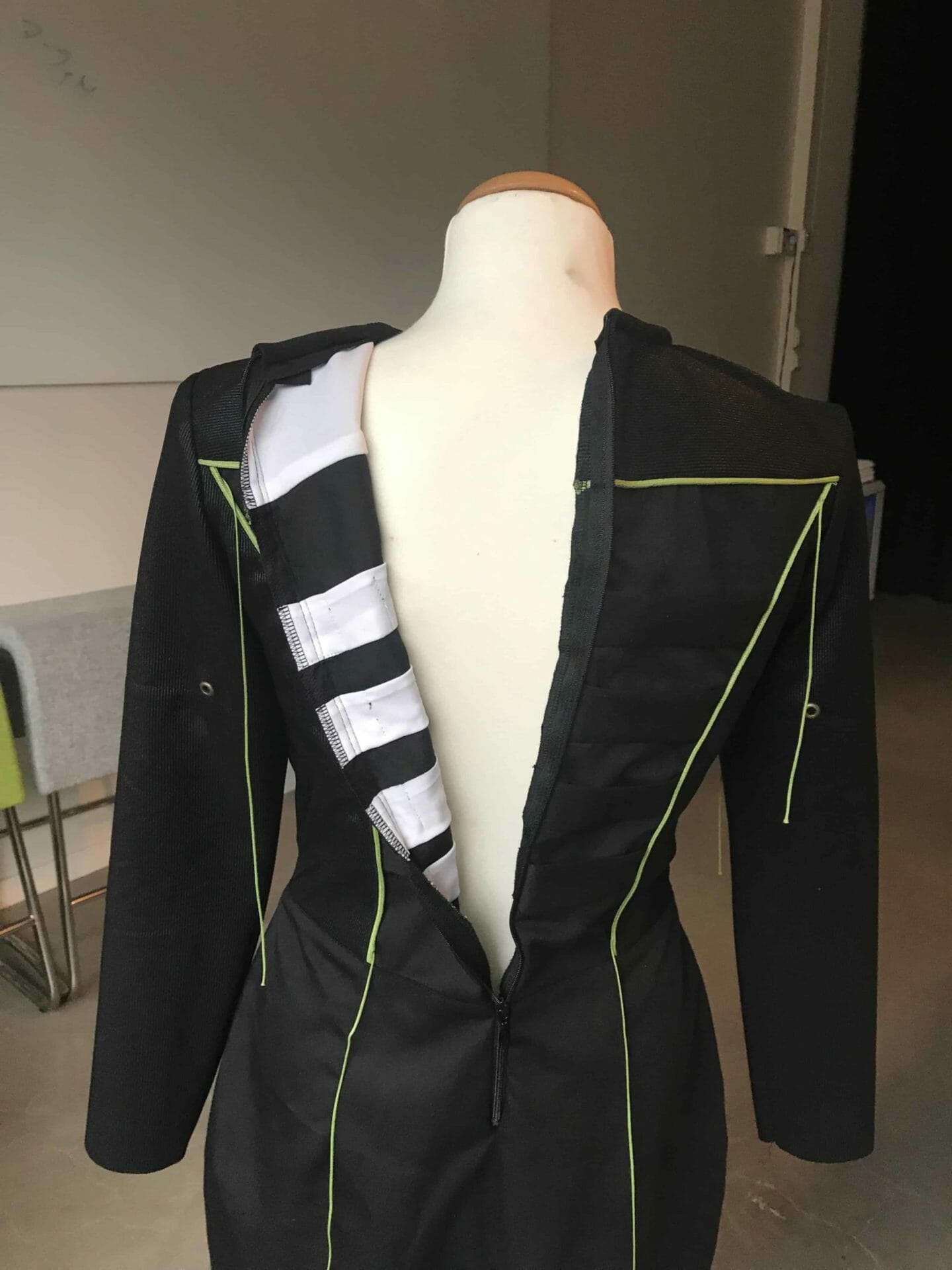 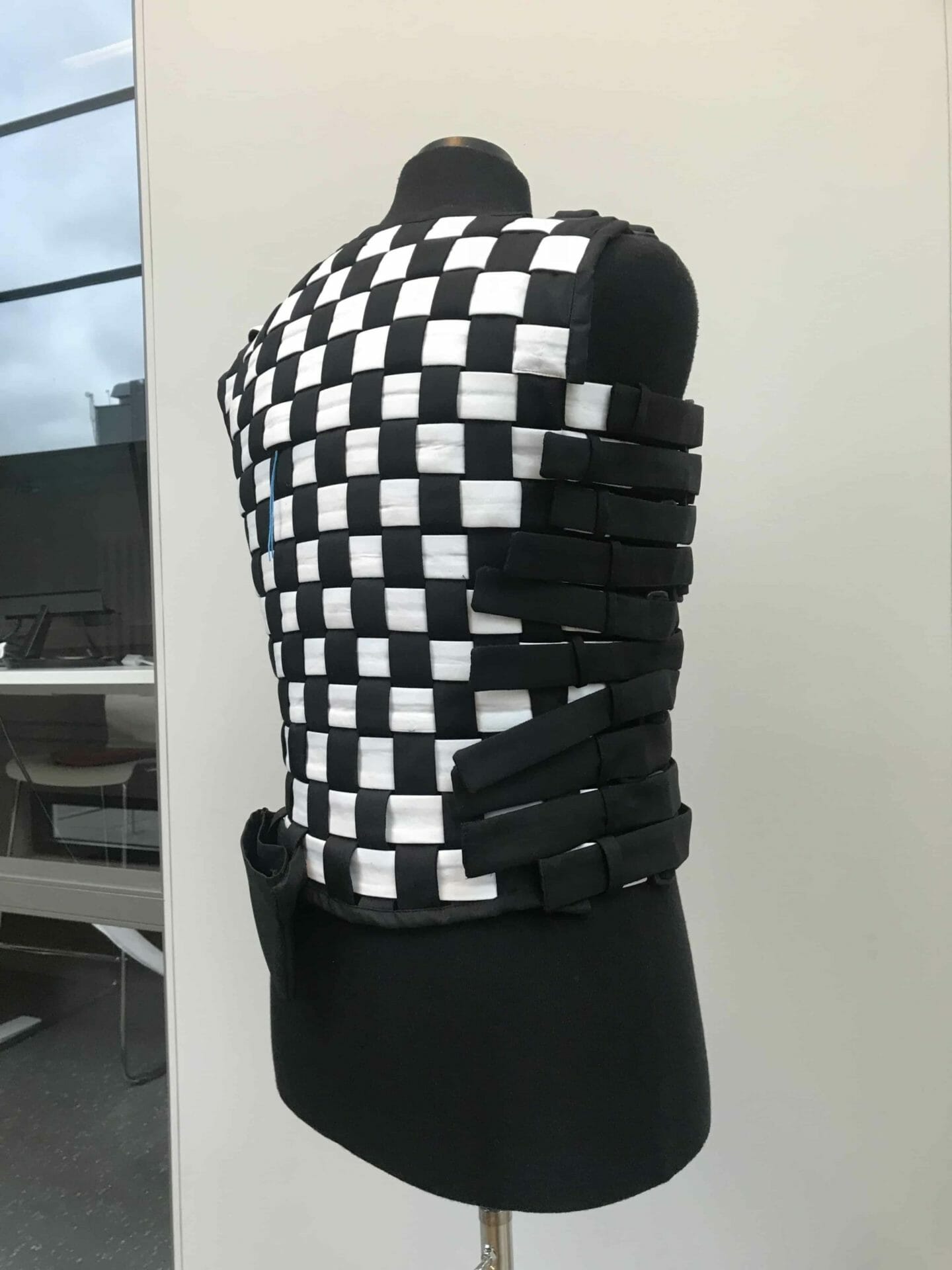 L-R: Early prototype dress from the front and and the back, latest prototype with a checkered back in which each box can emit vibrations.